Why We Walk for Life A Christian ought not to fight for his own rights. Rather we follow in the footsteps of our King in fighting for the lives of others. This is why Pilate responds with amazement to Jesus’ silence regarding the lies of His accusers (Matt 27:14). He refused to justify His actions before an unjust government; instead He justified His people to meet the just requirements necessary for citizenship under His eternal government. The manifestation of His heavenly rule in taking back a fallen world is summed up in Galatians 6:2, “Bear one another’s burdens, and thereby fulfill the law of Christ.” He bore the weight of judgment for our sins on the cross, exchanging our sin for His righteousness that we might live.

The new standing Jesus gives us before the throne of God the Father is freedom. But this freedom does not seek power or pleasure for itself. It is freedom from enslavement to our passions, releasing us to focus on first principles. It is freedom from what the world thinks of us, anchoring us against the fickle winds of culture. It is freedom to live according to the law of heaven in a world order founded upon the rejection of our creator God. This is true freedom, empowering us to hold our lives loosely while selling them dearly. And as Christ struggled and sacrificed for us through the cross, so too our struggle is on behalf of those that need it most, the marginalized and dehumanized of society.

Perhaps this is why Jesus was angry with all twelve disciples for rebuking parents for bringing their babies to be blessed by Him. Jesus, dismayed at the disciples behavior, immediately and publically rebuked them, commanding they let the little children come. Why? “For the kingdom of God belongs to such as these” (Mark 10:14b).

What is it about an infant that makes him the commensurate citizen of heaven? Perhaps it is that he has no voice, no legal standing, and no resources of his own. Unless someone takes responsibility for him, leveraging their resources on that child’s behalf, he will die of exposure within hours. So too, a sinner before a holy God has no voice, no legal standing, no resources of his own. Unless someone picks up his cause, he too will die of exposure to his sin. Jesus came to pick up our cause, to leverage His righteous standing before God the Father, to speak and act on our behalf, that we might live. Jesus’ anger toward the disciples seems rooted in the idea that they of all people should have known better. They should have known that those little babies represent each one of them. When one submits his life to God in Christ, his heart is recast into the likeness of his heavenly Father’s. The heart of God is now the heart of every believer, fighting for those that cannot fight for themselves. That’s the family resemblance every true believer bears.

The most vulnerable in any given society are so precisely because the culture, reinforced by law, systemically conspires against them in order to enslave or destroy them. Therefore, to take up the plight of the truly poor is by definition unpopular at best and dangerous at worst. Fighting for the truly oppressed puts one at odds with popular culture and those in power. In America today, there is only one category of person that has been dehumanized by law in order to legalize their oppression and destruction: the preborn baby. So, where is the Christian? Right where you would expect him to be, speaking for the voiceless and acting for the powerless preborn baby.

New York State’s elected officials applaud unjust laws further dehumanizing preborn babies, while passing more bills attacking the work of pro-life Christians. At times like this, it is helpful to remember the great heroes of the faith. In the Bible, men and women were considered heroic by continuing to believe and behave in ways they had always done, even as governments conspired against them for that very belief or behavior. Why do the nations rage? Because as was said of the church in Acts, “…they [Christians] all act contrary to the decrees of Caesar saying that there is another king, Jesus” (Acts 17: 7). Jesus’ kingship threatens the kingdoms of this world, and God’s people manifest His coming rule by submitting to a higher, more humane law. Abortion is wrong and will always be wrong because God’s law is higher than man’s.

If history tells us anything, it is that Christians cannot be made to believe or behave in ways that deny God or denigrate His image in man. The Biblical witness reveals that all the coercive power a world government can muster is not enough to deter even one person of faith from the path of true justice. And so, come what may, you and I keep walking on. 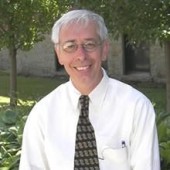 I am the Lead Pastor of Koinonia Fellowship, a husband, father and grandfather. I also serve on the worship team as one of the drummers. Give Thanks for the Gospel of Grace! What does it mean to be Missional?